Nigerian weightlifter, Adijat Olarinoye won a Gold medal at the ongoing Commonwealth Games in the early hours of today. 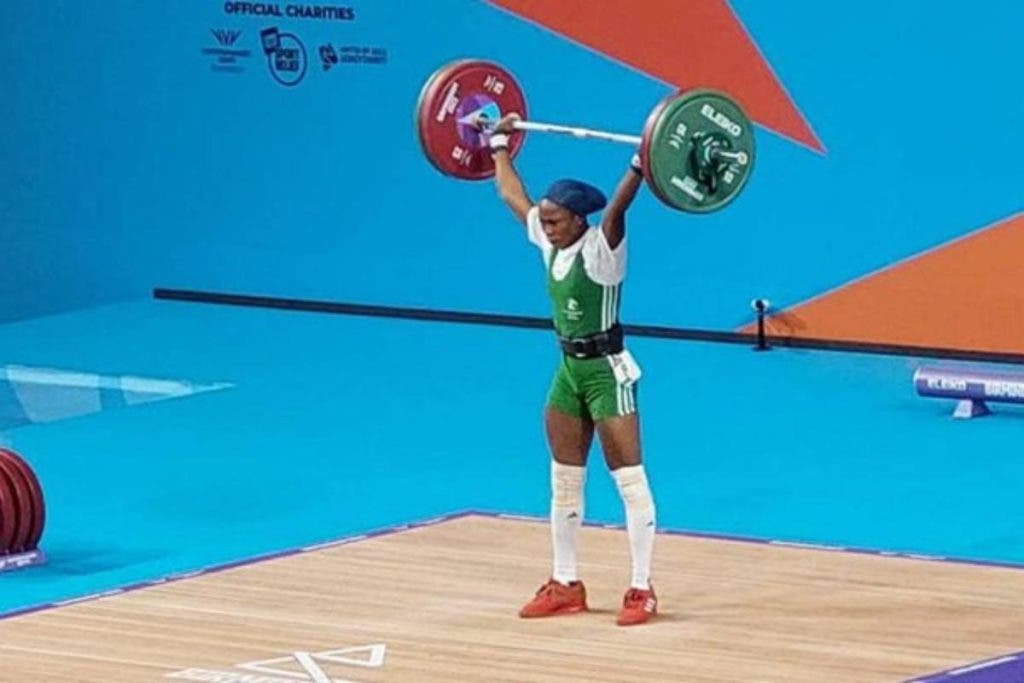 Contesting in the 55kg category, Olarinoye lifted a combined total of 203kg, a game record to win the womenâs 55kg Weightlifting event.

She lifted 92kg in snatch and 111kg in clean and jerk, making 203kg in total to set a new Games record in the category.

Olarinoye beat off competition from 10 other contestants to emerge victorious.

In boxing, Abdul-Afeez Osoba progressed into the round of 16, after knocking out Carl Hield of Bahamas in the first round of the menâs light middleweight.