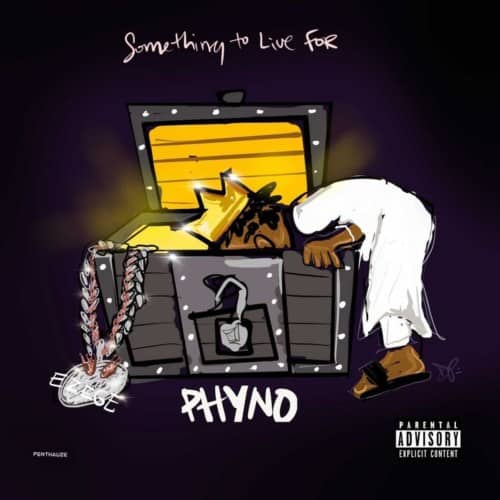 Finally Phyno serves us his highly anticipated “Something To Live For” Album… Enjoy!

Award-winning Indigenous rapper, Phyno releases a new body of work/ album titled “Something To Live For“. Fino drops this project hot on the wheels on his new track with Olamide – ‘Do You Wrong’.

In Fino’s words ‘I’ve failed more than I’ve won, But every single win covers all the failure and make them lessons and experiences… If I’ll do this all over again, I’ll enjoy every step in it more and it’s worth it. It’s Something To Live For‘.

Chibuzor Nelson Azubuike (born 9 October 1986), widely known as Phyno, is a renowned Nigerian rapper, singer, songwriter and record producer, who started his musical career as a producer in 2003 in Enugu State Nigeria. His debut studio album,Â No Guts No Glory, was released in 2014. He followed up 2years later with a sophomore album titled âThe PlayMakerâ, which got him immense recognition across Africa and internationally.

In 2019, Phyno dropped his 3rd studio album titled âDeal With Itâ on the 4th of September Under his label Penthauze. The album has notable collaborations from the usual suspect OlamideÂ toÂ DavidoÂ toÂ FalzÂ andÂ Don Jazzy. A perfect blend of his traditional Hip-Hop background and his new sounds to cater to his vast growing fan base.

This fourth studio album from Phyno is a blend of Afro-pop, Afro-Rap, Highlife, and hip-hop. Something to Live For consist of 16 tracks and features artists; The Cavemen, Peruzzi, D Smoke, Olamide, Jay Teazer, Flavour, J’ Dess, Pappy Kojo, BeePee & Anjulie. 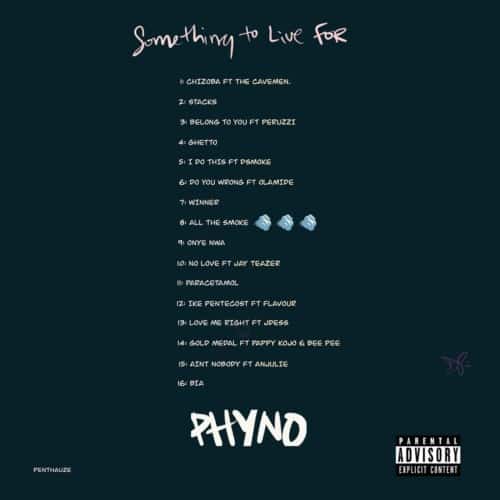 Phyno also did this project for the CULTURE, Rich in value! Tracks like; Chizoba, I Do This, Winner, Onye Nwa and Ike Pentecost are topnotch records that hit hard. Listen to the full album below;

Tags
Phyno Something to Live For Album