Nollywood actress, Queen Nwokoye has denied allegations that she had an affair with well known cleric, Apostle Johnson Suleman. 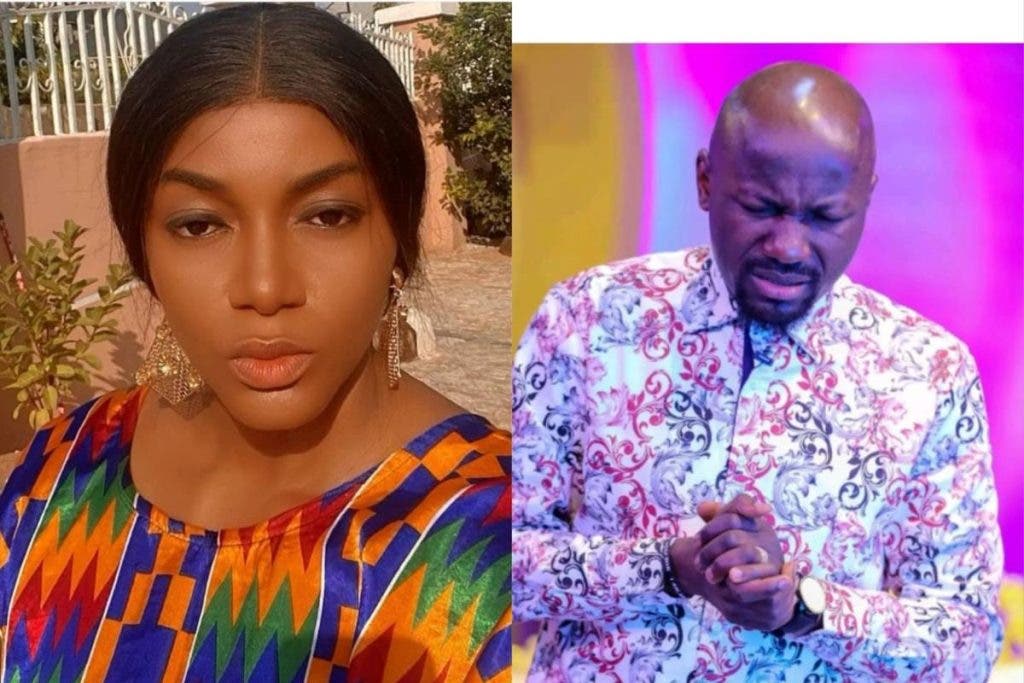 This comes after controversial blogger, Gist lover yesterday released a long list of actresses who allegedly had affairs with the man of God.

In reaction, Queen Nwokoye acknowledged that although she had made errors and done things that she wasn’t proud of, she could never have slept with a man of God because she knew that God would condemn her.

She added the caption.

âIt is a Nigerian thing to always assume that once you know someone,you are sleeping with the person but that one concern una. I have met a lot of people,I will still meet more and I do not owe anyone any apologies for people I have met and associated with. Pastor Suleman is a good man. Nothing will make me deny knowing him. You choose the kind of relationship you want to have with someone and all friendships mustnât end in bed. So if you have a problem with him,settle it with him. Donât recruit innocent people into your mess. I will never allow myself to be used to make Pastor Suleman look bad.â