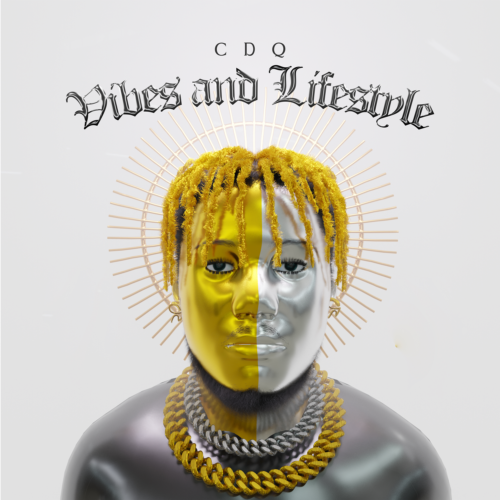 CDQ Finally comes through with his highly anticipated album – “Vibes and Lifestyle”.

NSNS releases CDQ ‘s third (3rd) studio album titled “Vibes and Lifestyle“. This project is a follow up to
iBiLe Mugabe Album which he released in 2018, and Quality Album in 2016.

Based on the new project the rapper said- ‘COVID slowed us down a bit, but Now Vibes and Lifestyle Album is finally here’.

Sodiq Abubakar Yusuf (born May 6, 1985), popularly known by his stage name CDQ, is a Nigerian indigenous hip-hop rapper and songwriter best known for his singles âIndomieâ and âNowo E Sokeâ. While the former is instrumental for launching his career into the Nigerian music industry, the later won him his first career award at the 2016 Nigerian Music Video Awards. Signed to his label No Struggle No Success Entertainment, CDQâs repertoire of music includes rapping in Yoruba language with addition of ad-libs such as the popular âWoss Wobiâ which he invented.

Continuing his dedication to Indigenous raps on his third release, CDQ infuses electronic production and rhythmic instrumentation with his signature relatable lyrics. With a spontaneous vibe, the rapper folds Yoruba rhymes into engaging storylines. He reunites with Masterkraft on âBahamasâ while adding cross-regional appeal with Tanzanian singer Ben Pol featuring on the melodic âOmokaâ, and had talented artist, Wande Coal on three (3) tracks.