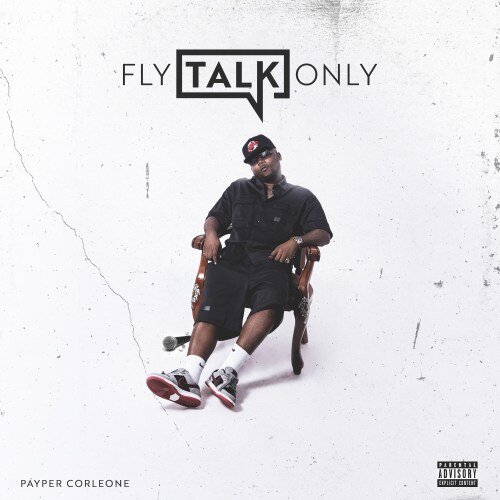 Hot on the heels of another Headies nomination, Bayelsa-born, Lagos-bred rapper Payper Corleone delivers another stunning tribute to the Nigerian hip-hop scene with his 5th album Fly Talk Only. Supported by a clever ensemble of talented feature acts and producers, Fly Talk Only picks up from where he left off with 2021âs In Don We Trust; delivering a Godfather-style illustration of life on the fast lane.

Love, lust, and luxury form the centrepiece of the album, exploring these themes with a lacerating lyrical depth that investigates the complexities of these subjects. The album opens with the eponymous track âFly Talk Onlyâ, where Corleone makes a bold reaffirmation of his street cred and humongous bank statements. He expands on the latter in many other songs (âDior N Gucciâ, âAshluxeâ, and âILWTWâ), examining his relationship with the paper chase and luxury. On the other half of the album (âNMJVâ, âShe Rocksâ, âMob Wifeâ), he explores the lascivious tryst between love and lust, and the transactional vanity that binds them together. This climaxes in the track âMob Wifeâ, where he delivers an intimate, yet startling exposition on the intricacies of a romantic relationship between a gangster and his woman over chilling soul beats.

There are six producing credits on the album, as well as six featured acts. While 7thwonda and 22kthecloutgod put their blazing-blue flames on the trap beats of âDior n Gucciâ and âShe Rocksâ respectively, London-based vocalist Moelogo delivers a silky hook on âSunmo Miâ; with fast-rising talent Quiries wrapping up the vocal energy of the album on the song âFor Your Love.â

With another âLyricist on the Rollâ nomination in his bag of many critical nods, Fly Talk Only is a gritty but buoyant ride into the mind of one of Naija hip-hopâs most gifted pen slingers.