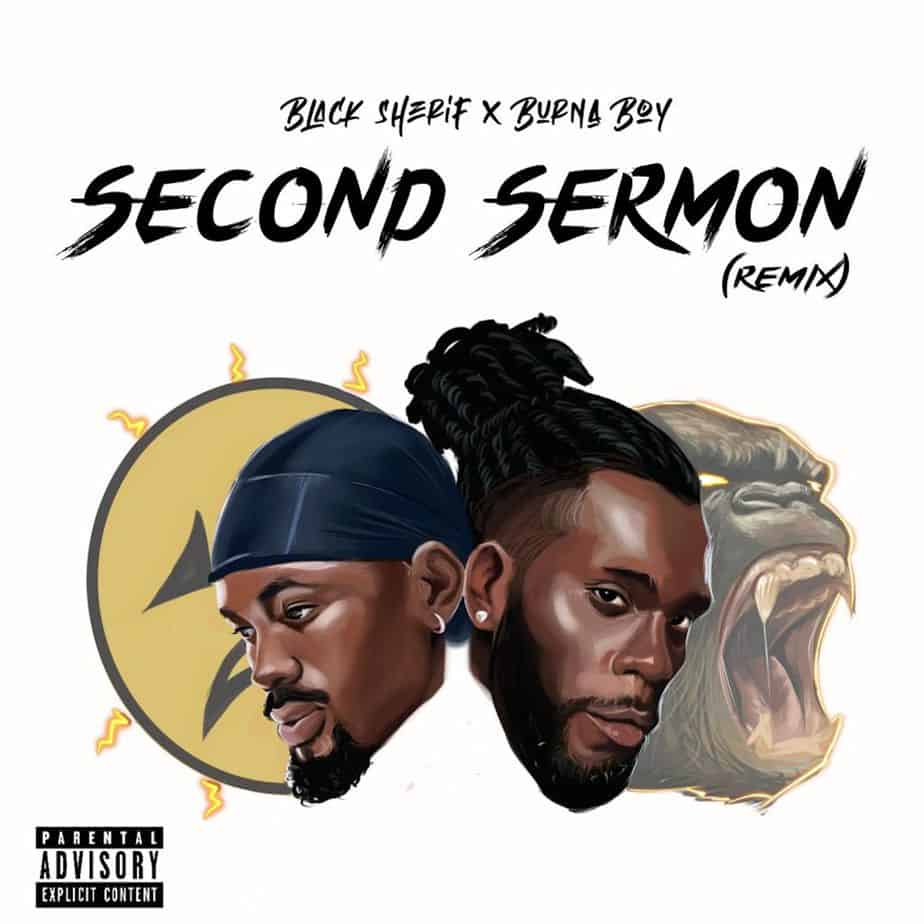 The Remix for Second Sermon which y’all have been anticipating, by Black Sherif and Burna Boy is finally out!!!

Mohammed Ismail Sharrif, born on 9th January, 2002, popularly known as Black Sherif and casually as Blacko is a promising young singer to breakout out on the Ghanaian music scene.

He rose to prominence with his viral hit, âMoneyâ which blew up in the first quarter of 2020 with high praise for his unorthodox flow and relevant lyrics, which was fresh and highly accepted by the Ghanaian music community and listeners alike. ?After battling with mental health issues and taking a break from his career, Blacko went on to put another single, âDestinyâ which was as successful as his earlier release, prompting industry players to pay more attention to the 18 year old sensation.

Black Sherifâs unique sound is geared towards creating a mass cult following, with the end goal of creating a global icon. With the manner in which he blends Ghanaian Highlife with Afro Beats, Amapiano and other sounds, it widens his reach and potential. With Highlife being Ghanaâs authentic sound, his use of the genre has an instant effect on the older folk which isnât the usual case for a 19-year old artiste.

First time listeners of Sherif get amazed by his vocal range then zone into his eerie unorthodox melodies. But the actual catch is the substance in his writing and how relevant and relative it is to modern times and listeners.

Today he increase the tempo with this Burna Boy’s Joint “Second Sermon” (Remix). Listen and Enjoy!