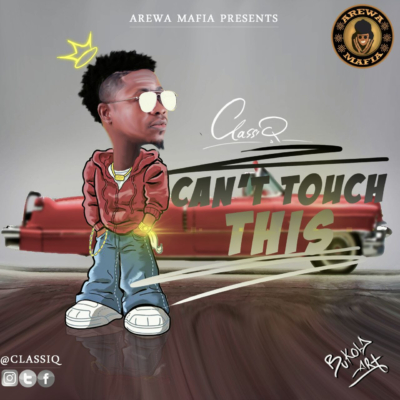 After theÂ controversialÂ video of his single titled ‘I Love You Ft. Avala in October 2016, which starredÂ the Ex-Kannywood actress ‘Rahama Sadau’.

ClassiQ is here with something more sleek this time, having this old-school feel like you’ll always want it. The song is titled ‘Can’t Touch This ‘. This is ClassiQ’s first production done under his famous brand name Arewa Mafia!