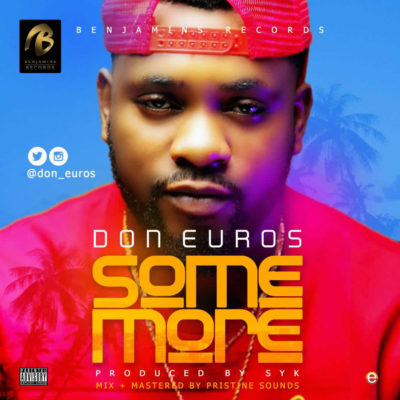 The incomparable singer â Don Euros came through with a unique style on this next rated hi single âSOME MOREâ, mixed and mastered by Joseph Fabs for Pristine Sounds, which promises to rock airwaves across the globe and SOME MORE is available on all streaming and download platforms.