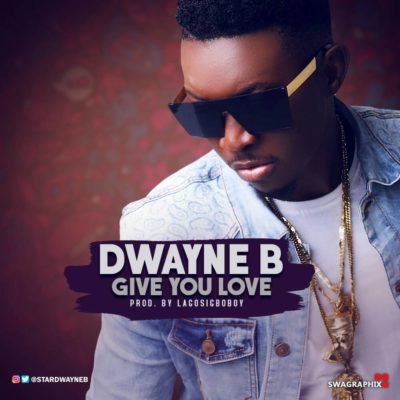 Acetown Records honcho, Dwayne B, is out with a new single titled “Give You Love“.

Although Dwayne B intended winning the hearts of ladies on this one, the single has also been styled to set ablaze, dance floors in the clubs and several turn up joints around town.

Waste no time further and cop below!

He is signed to Acetown Records and has worked with notable personalities in music like DeeVee of Konvict Music Africa and Dammy Krane with whom he had a smash collaboration. He currently enjoys a working chemistry with amazing young producer, Lagosigboboy, honing credit for some amazing music hits to the world. However, he is open to working with more talented personnel in music as well as international acts.

Dwayne B is inspired by the likes of Majek Fashek, Chris Brown, Wande Coal and Michael Jackson. Their musical influence is what brings the spark of pop in his afro-infused style of music.

He is currently working on his debut album Reborn and promises to continue churning out good music to the fans.

Tags
Dwayne B Give You Love