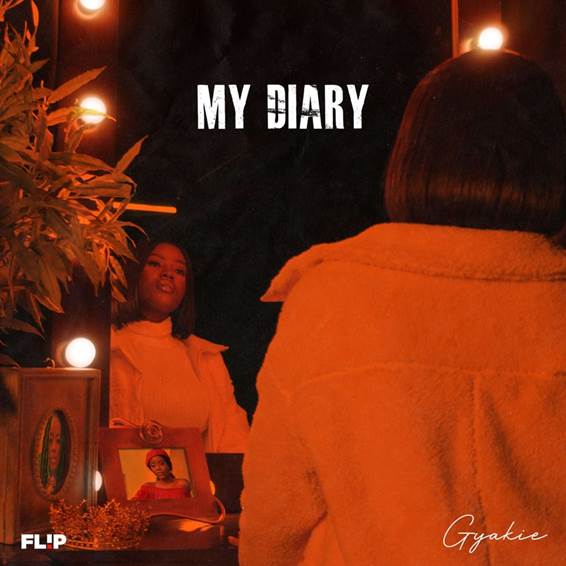 The release of Gyakieâs second studio EP should not come as a surprise to anyone. Since her debut in 2019, she has remained on a very impressive and inspiring course. From dropping successive music singles, attempting record-breaking feats, topping music charts to winning multiple awards, performing at sold out shows, headlining her own concert, making association with powerful figures in music and becoming recognized as a symbol of empowerment to the girl child and females all over the world, Gyakie has neither looked back nor slowed down.

âMy Diaryâ adjoins the beautiful narrative that begun on her SEED debut, this time chronicling the starletâs encounters on her pathway to finding her galaxy. Armed with her delicious velvety vocals, Gyakie breaks down the EP in a track-by-track showcase of her musical range starting with mellow jazz symphonies on the opener, Audience, down to the ragga-esque Waka Waka that brings the listening experience to an exciting close. Between these two vibes, there are R&B instalments on Far Away, the deeply emotive For My Baby as well as Something, inspired by the popular Banku sound. And then she taps on global Afrobeats sensation, Davido, who also is the only featured act on âMy Diaryâ EP for a vocal assist on Flames. 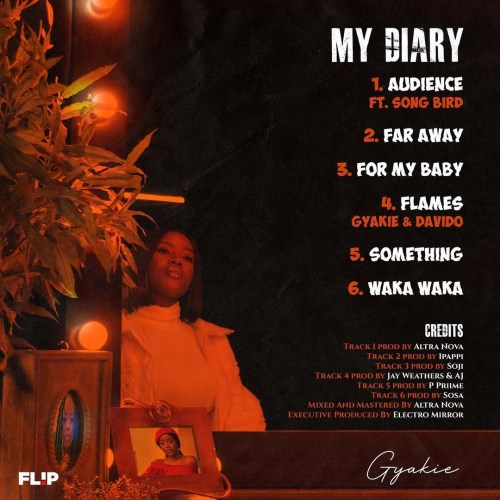 If anything really depicts how Gyakieâs musical craft has developed in recent times, look no further than âMy Diaryâ EP. Her efforts were very intentional to satisfy expectations in melodious composition, vocal delivery, lyrical dexterity, and an imaginative story-telling prowess. While fans can now begin to relish her newly released, sweet-sounding and versatile body of work, Gyakie will not be resting her oars as her next stop on performing rounds this summer will be the United States of America, after having took the cities of Berlin and London with her magic. Stay tuned!

Listen to My Diary EP HERE