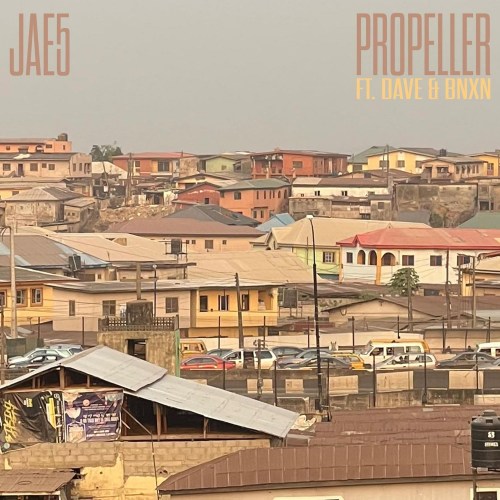 Jae5 Comes Through With His First Single Of The Year, “Propeller” Featuring Dave and BNXN.

The single was originally teased by Dave via his Instagram Live on the 13th July. The snippet was met with blistering fanfare which further pushed the release of the song. The trailer of the single was officially revealed on 22 July with the visuals showing the trio out in Gbagada, Nigeria.

Been a long time since I learned to put rhymes together
Spin ’round your block, I’m a big propeller
Came with my team, I came with my breddahs
I swear, I’m comin’ from Gbagada…