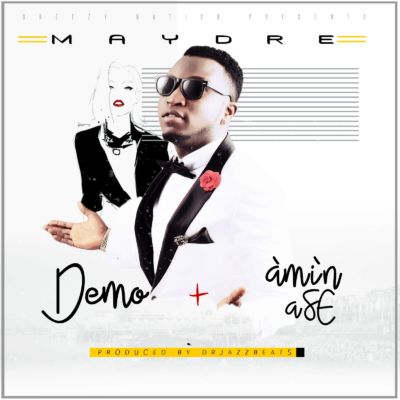 Mayowa Damilare Adetona popularly known as Maydre released his debut single “AIYE OBA” in 2014 under the stables of Kollertunz records the song was produced by ace producer TeeyMix and video directed by Patrick Elis, He took a break off the music scene after his departure with the label (On mutual Agreement) Traveled round to make new sounds for his fans and supporters, Now he is back with two amazing fire records DEMO et AMIN ASE both songs produced by Talented South African based music producer Dr Jazz, DEMO is a Powerful Afro centric sound that will get you off your feet and groove hard mean while AMIN ASE is a wonderful song with a powerful message to everyone out there grinding for better days to come. Video for Demo was shot in Johannesburg South Africa by the dynamic Studio Space pictures, MAYDRE is definitely back and this time on his “A” game. Make way for the new king of the #Newschool
Enjoy!