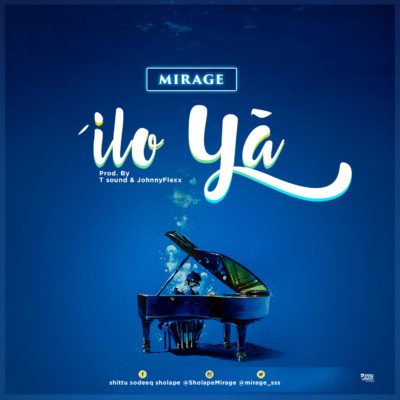 Iloya is an emotional RnB song by Shittu Sodeeq Solape better known by his stage name Mirage he hails from Ibadan, Oyo state. Iloya a song produced by T Sound and JohnyFlexx tells a story about the painful exit of a talented artist who had been the brainchild behind his girlfriendâs musical fame and in turn gets affected by it.

It can be seen as a criticism to celebrities whose glamour comes solely from other peopleâs effort. Itâs a song with a mixture of an ancient Yoruba way of farewell and a well dialogued English verse and has kept several listeners on Instant replay.