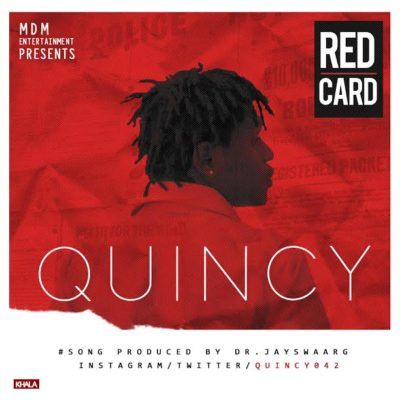 Former E29 artiste, Eneh Godwin Ugochukwu Raph who is simply known on stage as Quincy, has released his first song of the year, titled ‘Red Card’.
The sizzling hot trap joint was produced by Jay Swaarg.
The Enugu born rapper is well known for his hits ‘On point’ and ‘Landlord’ which featured Kcee of Five Star Music.
‘Red Card’ is the first joint off his debut rap EP (El Pablito_Lil Pablo) scheduled to drop on Â Friday, June 2, 2017
You can Follow Quincy on social media: Facebook: Quincy Raph, Twitter and Instagram: @Quincy042.
Listen/Download below