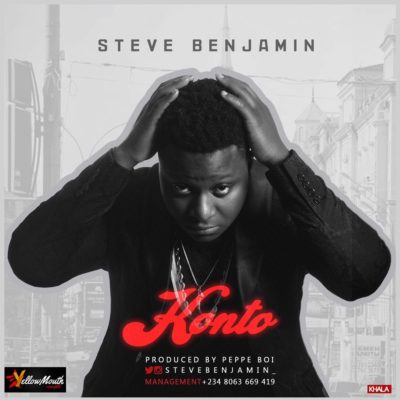 Steve Benjamin is a Nigerian Afropop Moscow based recording artist with back to back hits rocking Moscow’s airwaves and cyberspace.He is from Ekiti State Nigeria. He was born on the 20th of October 1993 in Kano State. He discovered his singing talent when he was seven then obviously started in the church.
He never had a specific time he started doing music but when he discovered he could sing he was just doing it and he was getting deeper and deeper into andÂ  he was also growing too. He is based in Moscow, Russia studying computer engineering there.
Music is him and he is music, he does all genres of music when needed. His time in Russia has really thought him a lot and given him a lot of exposures and has made him an experienced singer. Steve Benjamin is currently being managed by the number one talent management team in Africa, Yellowmouth Concepts.