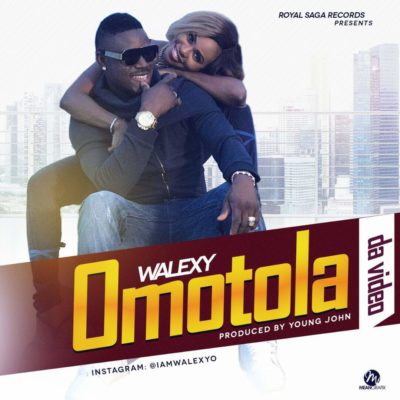 Walexy, an African Nigerian musician based in Australia. Originally from Osun State ,Born in okuku. is yet to release another smash hit single titled âOmotolaâ,and it was produced by d Headies Award wining producer of d year(Young John D Wicked Producer ) .

The artist is filled with good song writing skills and sound engineering capabilities. has released hit singles such as âModupeâ,Elele-Elele,Wine am 4me, Stay with me and many more.

Walexy is well appreciated by his fans all over the world with current single âGive it to meâ receiving massive airplay on radio. Currently signed under the Royal Saga Record label head office in Australia and Nigeria.