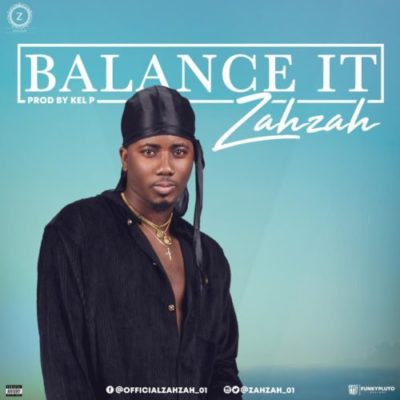 Africaâs Next Big Thing Babatunde Fajebe a.k.a Zahzah returns again with a tune to set the records straight.

The tune BALANCE IT which is an Afro-pop special is produced by the buzzing producer Kel P.