Two suspects have been arrested by operatives of the Economic and Financial Crimes Commission (EFCC), for allegedly defrauding an Ekiti House of Rep aspirant. 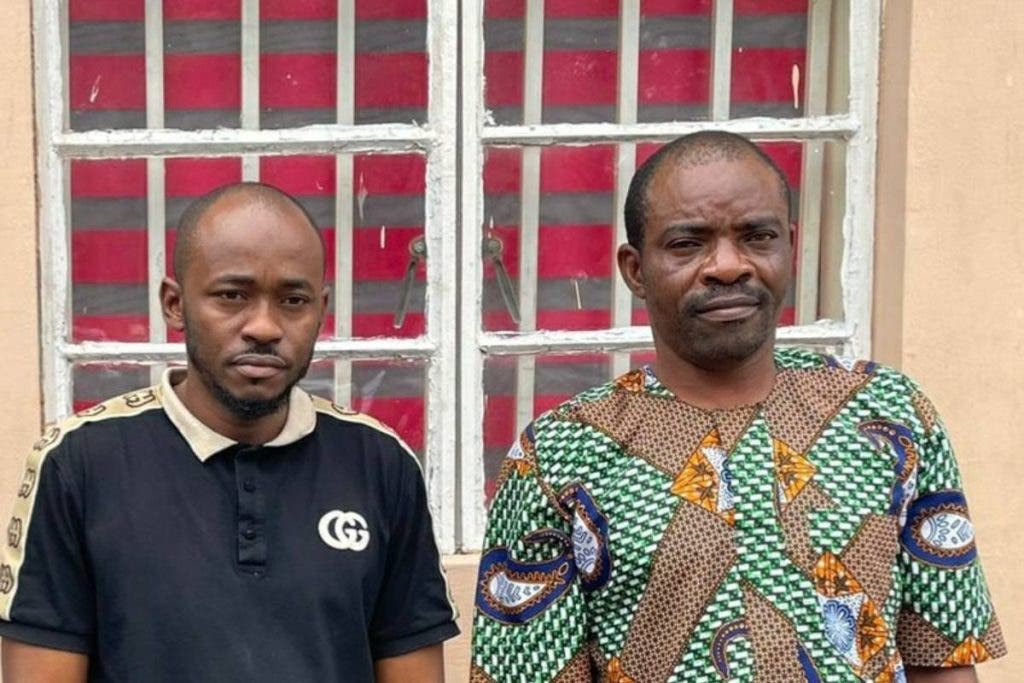 One Alfa Abiodun Ibrahim and Wale Adifala, along with one Ifawole Ajibola (aka Baba Kalifa currently on the run), allegedly conspired to defraud an aspiring House of Representatives member in Ekiti State, of the total sum of N24,071,000 which they claimed was to be used to secure spiritual help for the political ambition.

They were arrested on July 7, 2022, in Ado-Ekiti, Ekiti State, following a petition against them, alleging that after collecting the said sum, the whole effort came to a dead end.

Under interrogation by operatives, Adifala, admitted to collecting the money from their victim, including N2.9 million, which he claimed was used to buy black, brown, and white cows, rams, lavender perfume, and rings among other items, to carry out sacrifices at different times.

“I also linked up on the matter with Ifawole Ajibola, and we continued with the sacrifices together, until we were arrested by EFCC,” he said.

Ibrahim, who was the one who had prior contact with the victim, admitted to collecting money at different times.

“Our own is just to pray and do the necessary sacrifices, which we did, and to leave the rest to God, however, along the line, the zoning for the Reps seat was taken away from Oye-Ekiti to Ikole-Ekiti,” he said.

The suspect was arrested along with some of their instruments of trade.