Favor Oyhou has been arrested for allegedly stabbing her boyfriend, 25-year-old Paul Handsome to death in Auchi, a community in the state on July 23. 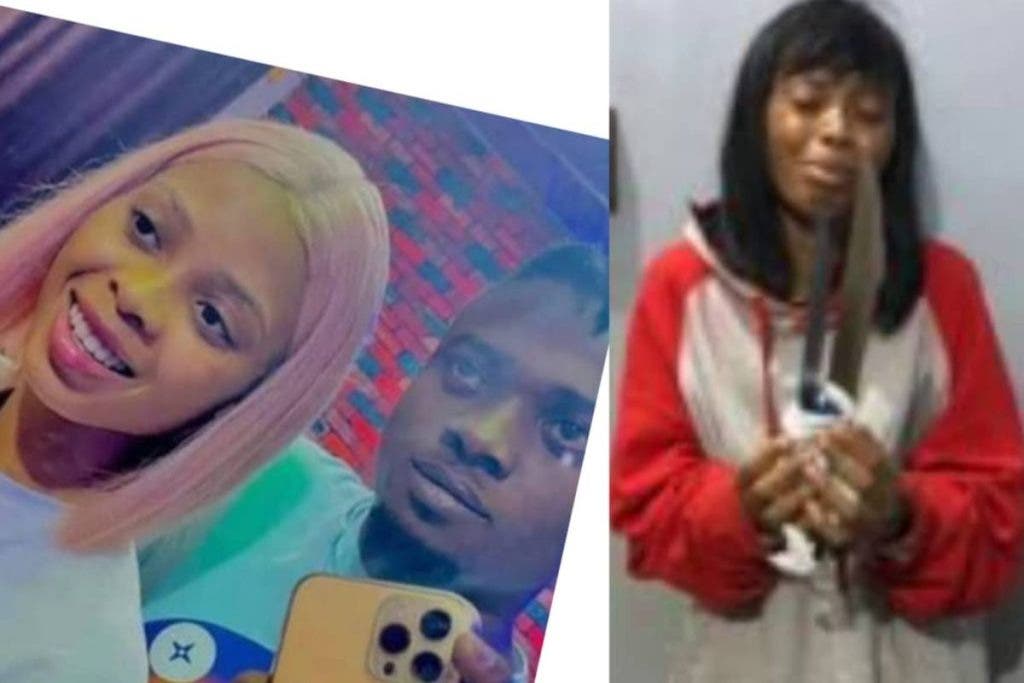 According to reports, Favour and the deceased were intimate lovers who were the envy of so many people. However, trouble started when Favor found out Handsome was allegedly cheating. An argument ensued between them which soon degenerated into a fight and she stabbed him in the process. The deceased was rushed to the hospital where he was confirmed dead. Favor went into hiding after the incident.

Confirming her arrest, the spokesperson of the state police command, ASP Jennifer U. Iwegbu, said;

âConsequent upon this dastardly act , the Commissioner of Police, CP Abutu Yaro, fdc, immediately ordered the Area Commander and Divisional Police Officer in charge of Auchi to smoke out the fleeing girl unhurt.

The Command wishes to inform the general public that following credible intelligence gathering by Operatives of the Command, the suspect was arrested in Benin on 25/7/2022 at about 2245hrs.

Discreet investigation has commenced and the suspect is making useful information and will be charged to court soonâ.