Bandits operating in Katsina State have âarrestedâ a suspected thief found with stolen materials in a community. 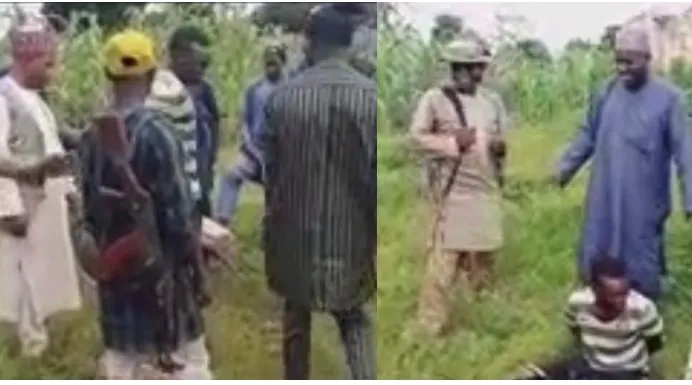 According to reports, the middle-aged man specializes in pulling out metal rods and removing iron bars from uncompleted and abandoned buildings in the state.

PR Nigeria reports that the bandits narrated how they caught the vandal while they were patroling the area on their motorcycles.

A video obtained by the publication, captured the armed men parading the scavenger and the looted items which were packed inside a cart.

It also showed a community leader who was invited to ensure that the suspect was handed over to the authorities.

However, the date of the incident could not be immediately confirmed from the video.

The group, armed with different sophisticated firearms, further lectured the apprehended thief about the ills of stealing. 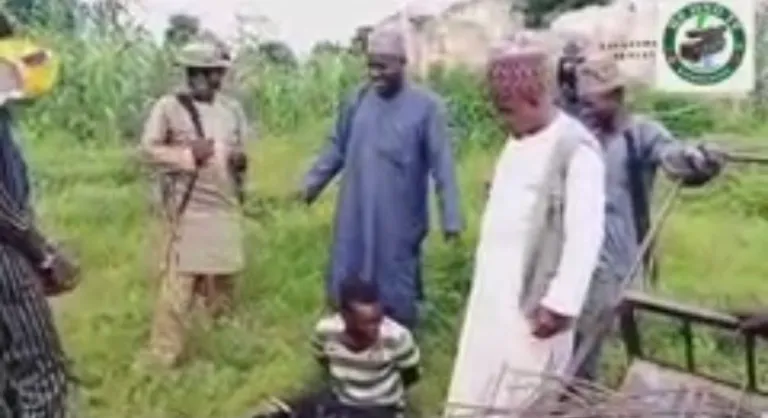 They expressed dissatisfaction over the way the thieves are destroying government properties in the state.

âDonât you know that it is an offence to steal? Youâre lucky we are handing you over to the authority We could have executed you for engaging in a criminal activityâ, they cautioned.

The terrorists handed over the accused to the community leader and urged him to ensure he is punished.

They did not just hand him over and walk away, they followed the village chief and witnessed when he was being whisked away by security personnel.