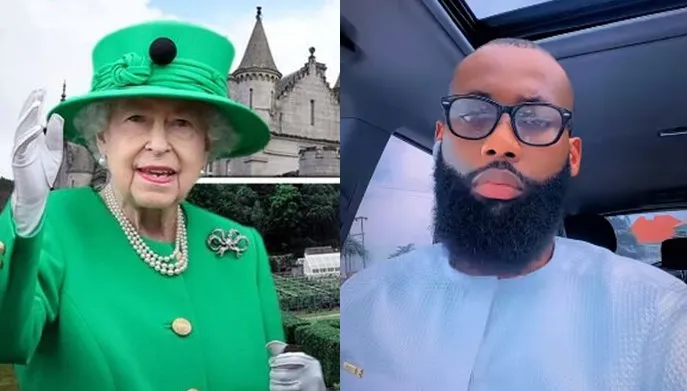 The monarch passed way on Thursday, 8th September, 2022 at Balmoral Castle after 70 years on the throne.

A message Tochi recently received showed an Instagram page which had been created with the Queen of Englandâs picture and name.

The imposter claimed to be the UK monarch, and stated that she is not dead, rather she was sent away to a deserted island by King Charles.

The fraudster said that they are experincing challenges accessing some royal money so the person asked the reality TV star to send $300 via CashApp so that, she can purportedly return to the United Kingdom.

Tochi was infuriated by the audacity the person had to think they could scam him, and called the scammer a psychopath. 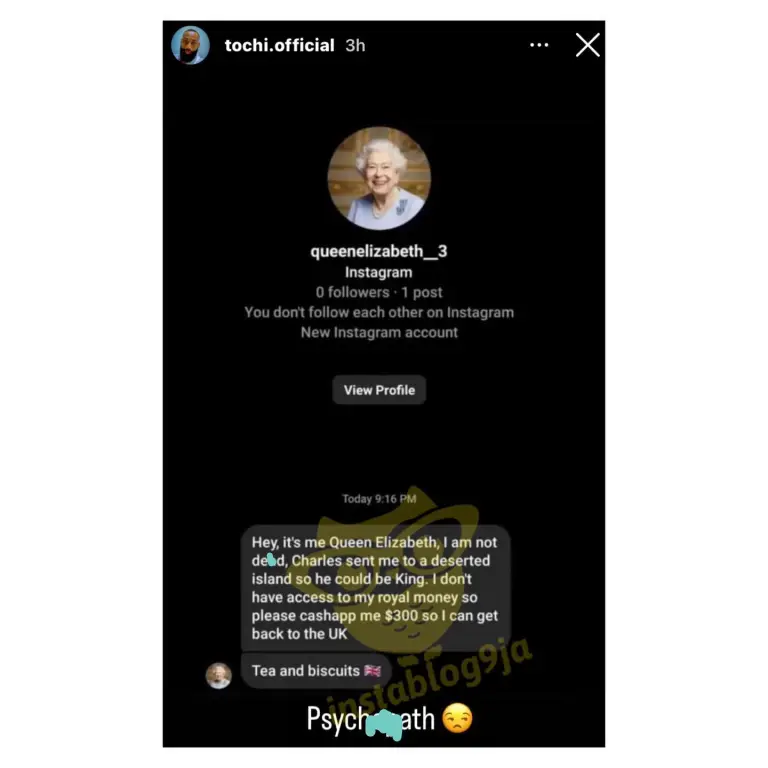 I promised to remain a virgin till marriage - Skitmaker, Ashmusy