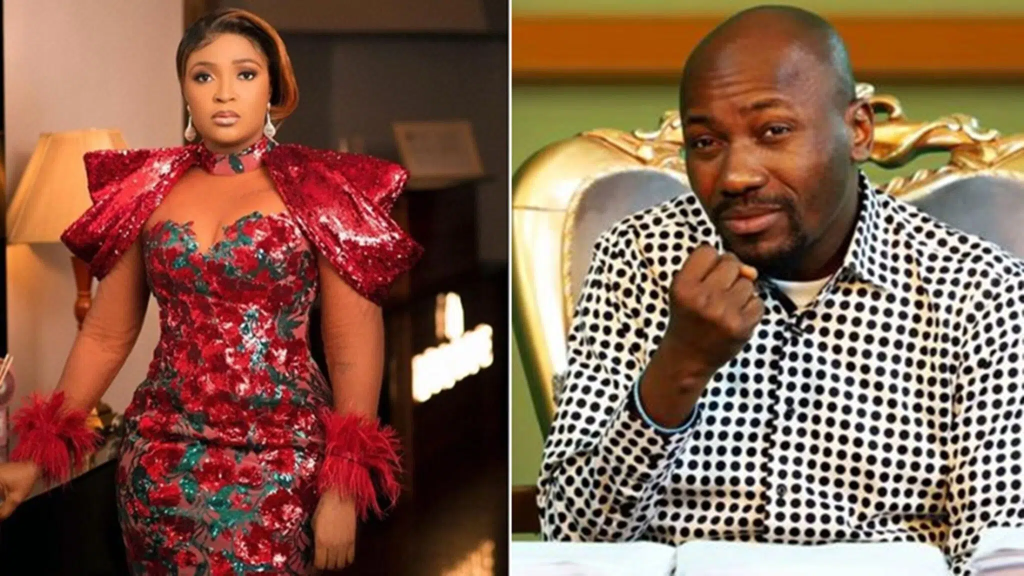 The controversial social media blog, Gistlover had dropped the names of some Nigerian actresses who have reportedly been involved with Apostle Johnson Suleman intimately, following a series of allegations leveled against him after videos and messages of ailing actress Halima Abubakar surfaced online

Amid the allegations and the issues between Halima Abubakar and Apostle Suleman, Gist lover via its page dropped the names of some Nollywood actresses who the blog claimed had slept with Apostle Johnson Suleman for money.

Reacting via a video clip, Apostle Suleman who said he has been busy with his church crusade said he will be the end of Gistloverâs blog, saying that the list of actresses mentioned is not long enough, urging the blogger to make it longer. He described Gistlover as a fool (ode) for dragging a him like a generator and declared that he will be the one that will disappear the gossip blog as the owner of that handle has entered his trap.

Pleased with his reply, Blessing CEO shared the video, and stated that Sulemanâs reply is the best way to punish Gistlover.

She went on to dare the blogger to show his or her face as she urged other celebrities whose names were mentioned as Sulemanâs lovers to speak out and drag Gistlover as well.

This is how to punish gist lover 😂😂😂😂😂.
Gist lover if mama born u well . show face 😂
Celebrities you better learn to speak out, if that oba without throne drag u drag them back .
I love this man like crazy, I wonder why I no dey him list 😂😂😂.
Oba oshe gistlover add me for batch 2 . Werey blogger 😂.
Any small thing sleep with man, sleep with man,😂😂. The werey followers go begin jump up and down .

Erica curses thief who stole her money at international store

LET US TALK ABOUT ROLES REVERSED, A FILM DIRECTED BY KAYODE KASUM AND PRODUCED BY TECNO