Big Brother Naija star and entrepreneur, Erica Nlewedim has revealed that she got robbed at a Zara store abroad but didnât realise till it was late. 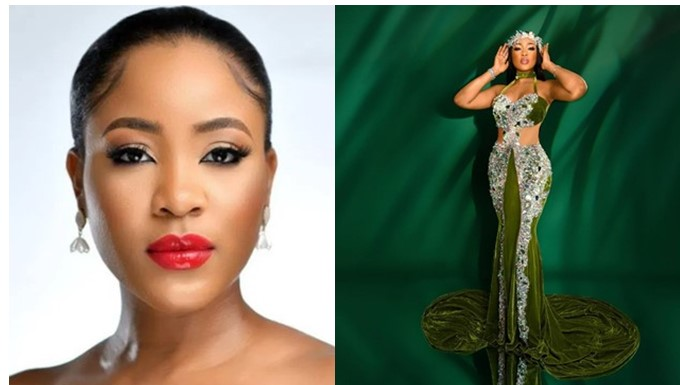 She said that the pickpocket emptied her bag of all the cash inside and it was when she wanted to pay for a bag that she found out there was no money in her bag.

Erica heaped a heavy curse on the perpetrator and said that nothing will work for the person till they turn themselves in to the police.

The actress also said that another woman complained of the same thing but they have reported the matter to the police.

In her words; âTo the person that stole my money, you will never make that amount of money you wonât even make 10% of it in your life till you confess and turn yourself in to the police.

I wanted to buy a particular bag, I heard the new naira price of a dollar I said no Iâll save my cash and I left harrods to enter Zara after queuing to pay, it gets to my turn and my bag is empty🤦🏽‍♀😞

They called the police cos another woman complained about the same thing and her whole bag was stolen, weâre waiting for the outcome.â 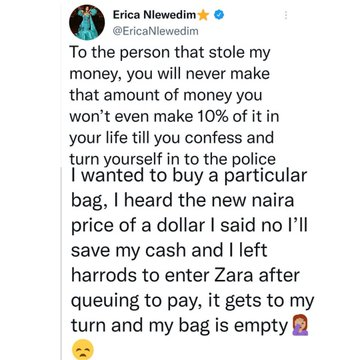