The Lagos State Police Command has arrested a man, Daniel Chigozie, for allegedly conspiring with two others to sell his three-month-old baby for N400, 000. 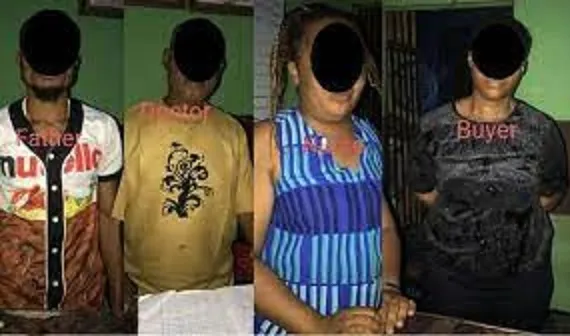 City Round learnt that Chigozie, after allegedly conniving with his doctor, Musa Peter, and a nurse, Ezieke Chinenye, sold the baby to another woman identified as Ezeobi Chinenye, without the knowledge of the babyâs mother.

City Round learnt that after fruitless search for the baby, the police were informed after which the suspects were eventually arrested.

The spokesperson for the state command, Benjamin Hundeyin, in a tweet, said, âA father connived with his doctor and nurse and sold his three-month-old- baby to a woman for N400, 000 without the knowledge of the mother. After days of searching, the police were informed. All suspects arrested. Baby is safeââ

Hundeyin said that the incident occurred on August 20, 2022 at Oke-Odo, Lagos, adding that the suspects were arrested on Thursday, August 25, 2022.