A Nigerian man shared a video capturing the moment he found his countryman homeless in a European nation. 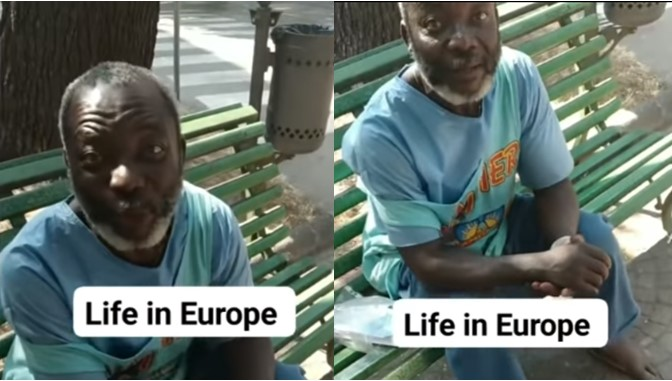 He had a brief chat with the man who found himself stranded and living on the streets due to challenges with survival.

The homeless Nigerian man revealed that his family has no idea where he was and he had no means of contacting them.

According to the elderly man, his phone was taken from him and he does not know what to do next.

Meanwhile, the guy who spotted him, lamented on his behalf over the level of hardship in Europe.

Umu Obiligbo - "Not For Everybody" ft. Rudeboy