A dramatic scene which has sparked mixed reactions shows a man pleading with his wifeâs sister for them to have an intimate moment. 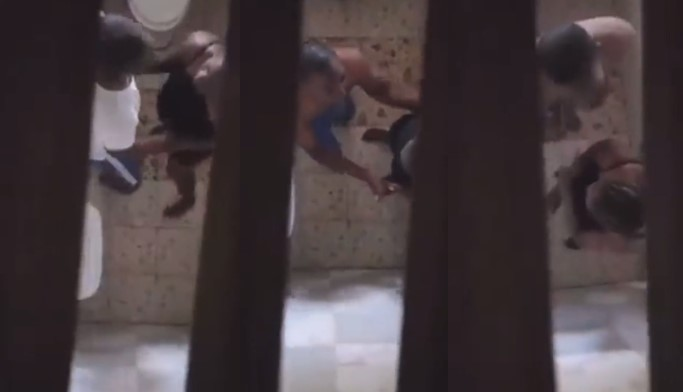 They were captured by a hidden camera which was operated by someone when the man dragged the lady into a bathroom.

He could be seen going on his knees and begging her to give in to his advances, but the lady hesitantly declined.

She, however, almost changed her mind when he promised to get her the iPhone she has been dreaming of getting.

In reaction to the clip, some netizens argued that it was staged while others who believed it to be real slammed the man for not controlling his urges.

Moment camera caught a man begging his wifeâs sister for sex, for an iPhone pic.twitter.com/533gRkd9qX