Nigerian comedian, Bovi Ugboma has shares his encounter at the airport where he was mistaken for a white man. 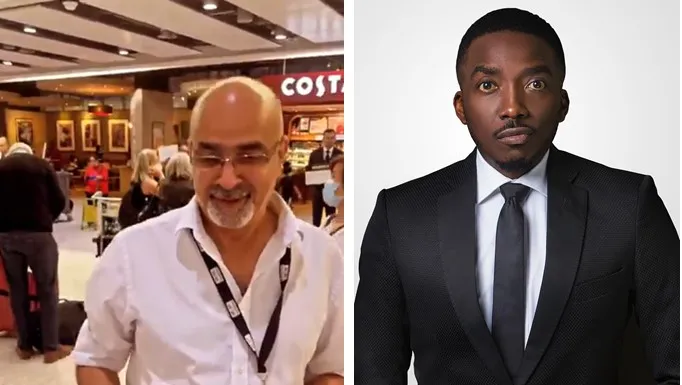 The comic act who recently left the shores of Nigeria said that there was mixup at an international airport when his chauffeur ame to pick him up.

Bovi took to his Instagram story on Thursday and shared a video which captured the moment the chauffeur seemed confused.

The man was holding up a placard that had his name âBoviâ on it at the airport and was walking past him because he didnât realise the person he was sent to pick up was an African man not a Caucasian.

In the video Bovi asked the white man to raise up the placard properly it prompted the driver to ask if he was the person he was expected to pick up.

When the man lifted the placard, he saw his name written a Mr Bovi.

Bovi then laughed out loud said; âSee, you missed me.â

Sharing the short clip, the actor wrote; âHe thought I was whiteâ alongside laughing emojis.

Video: Swedish lady who leaked my tape is in jail -Singer, BNXN reveals

BBNaija star, Angel flaunts her Range Rover as she asks colleagues to respect her