A Nigerian lady identified as Joy Ondeku also known as Ahuoiza, has presented the sum of N200,000 to a man who sells ice cream in Lagos state. 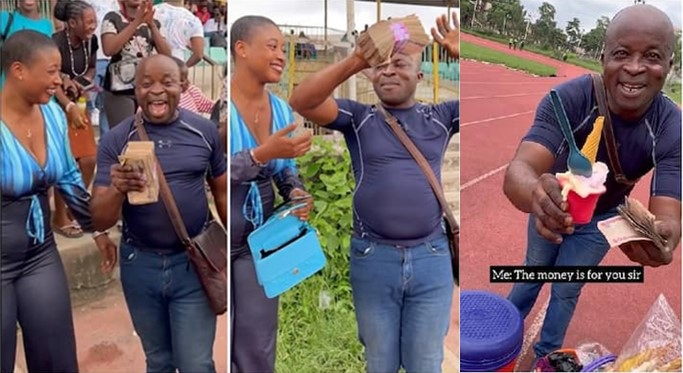 She gifted him the money donated by Nigerians after a video of her interacting with him had previously gone viral.

In a new heartwarming clip, Ahuoiza paid the man another visit and informed him that her followers on Instagram donated money which amounted to N200k.

The moment he took the cash, he broke into wild jubilation and people in the environment also joined to celebrate with him.

The Ice cream seller had revealed that heâs been business for two decades but making tangible sales to transform his life was difficult.