A Nigerian lady has shared a video which captured her experience on a date with a guy who expected her to pay for her meal at a restaurant in the United Kingdom. 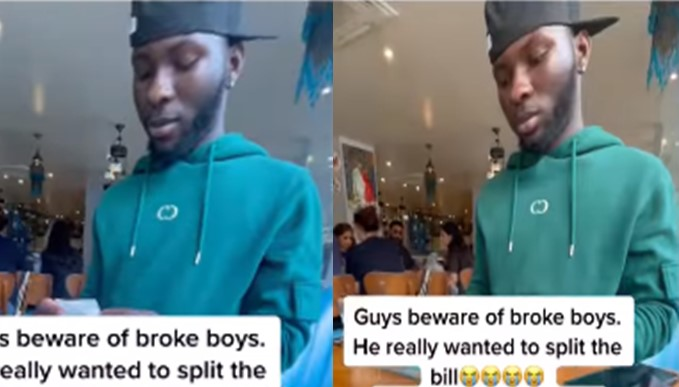 In the video which is circulating online, the guy claimed that he only bought water which is 5 pounds while she said that she ordered rice and lab chops which costs 35 pounds.

When the bill came, he saw that the total was Â£40 (20,000 Naira), but because he ordered only water, he asked her how much she intends to contribute.

She refused to pay and said that he should sort the bill. He subtly queried her for not kissing him during the date and expecting him to pay for everything.

But she insisted that he should handle the entire payment or sheâd leave him and he would be forced to wash plates.

âGuys beware of broke boys, he really wanted to split the bill. Common ordinary 35â, she captioned the clip.