A young woman has gone online to share the drastic action she considered exploring because she thought her man was cheating on her. 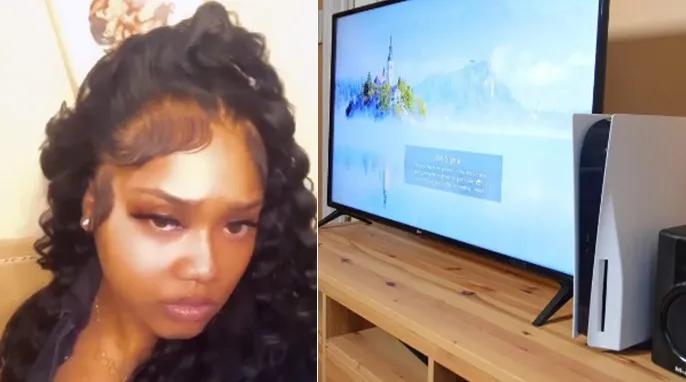 The lady known as Manithedon on Twitter revealed that she was watching him play a video game when a pop-up appeared.

According to her, the pop up message was from another girlfriend asking for him to meet up with her somewhere.

She became infuriated and nearly flung his PlayStation 5 on the floor, but she was able to find out that the message was from the computer game which controlled the virtual girlfriend.

Mani noted that she would henceforth desist from poking her nosein her manâs business after that nearly disastrous incident. 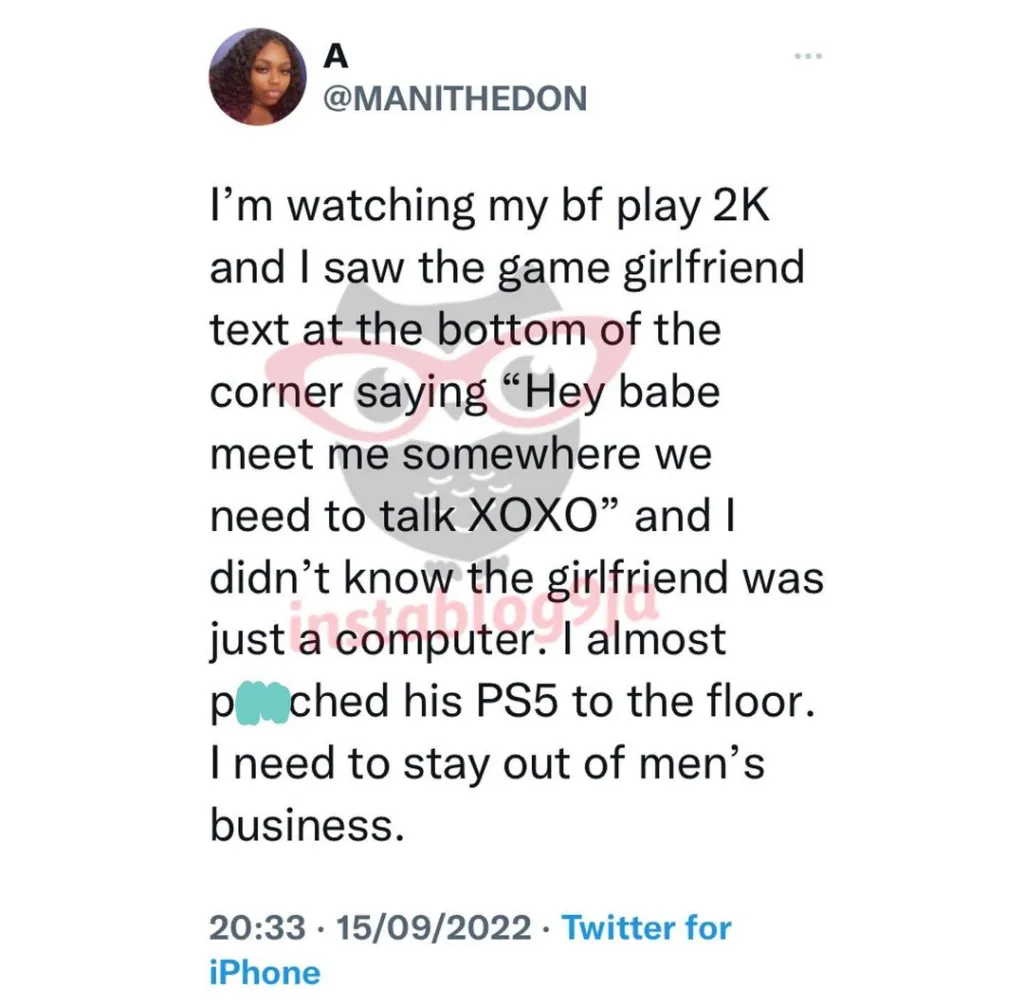