A young South African woman has gone online to lament over her experience while traveling to see a man she met online. 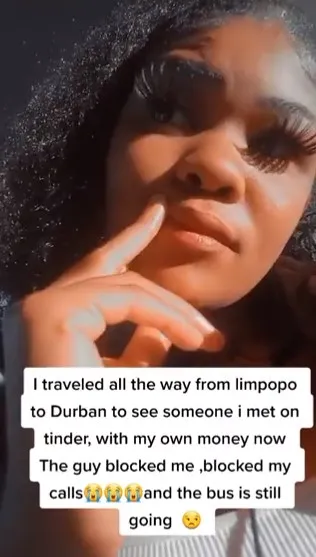 She said that they first connected with each other on dating app, Tinder and she decided to pay him a visit in another city.

The lady embarked on a bus trip from Limpopo to Durban with the hopes of seeing a man she likes only for him to abandon her. 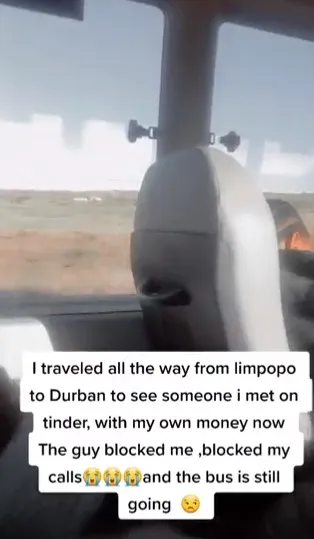 In a video posted online, she claims he blocked her and she was unable to call him while in the bus which had long departed Limpopo.

The situation left her frustrated because she used her money to pay for the trip only for him to put her in a complicated position as she did not know what to do or where to go.

Durban gents did a number on this hun pic.twitter.com/xcjxRDUUjk