A man identified as Mustapha Zaki Yawuri, has reviewed a decision he made never to cut his hair until President Muhammadu Buhari resigns.

Yawuri, who is reported to be a member of the Peoples Democratic Party, PDP, had vowed seven years ago that he would only shave his head when Buhari resigns.

But he finally shaved if off just on Thursday when he joined the ruling All Progressives Congress, APC and was welcomed by leader of Abdullahin Gwandu, Alhaji Farouq Musa Yaro Enabo

Hassan Kabir made this known in a post on Facebook, as he noted that Yawuriâs hair was shaved immediately he met APC officials.

The tweet reads; âThis is Mustapha Zaki Yawuri a PDP member who left his hair for almost seven years and said he would not cut his hair until President Muhammadu Buhari stepped down from power, yesterday Thursday the leader of Abdullahin Gwandu, Alhaji Farouq Musa Yaro Enabo accepted him into APC, where the hair was shaved immediately he decamped to apc.â 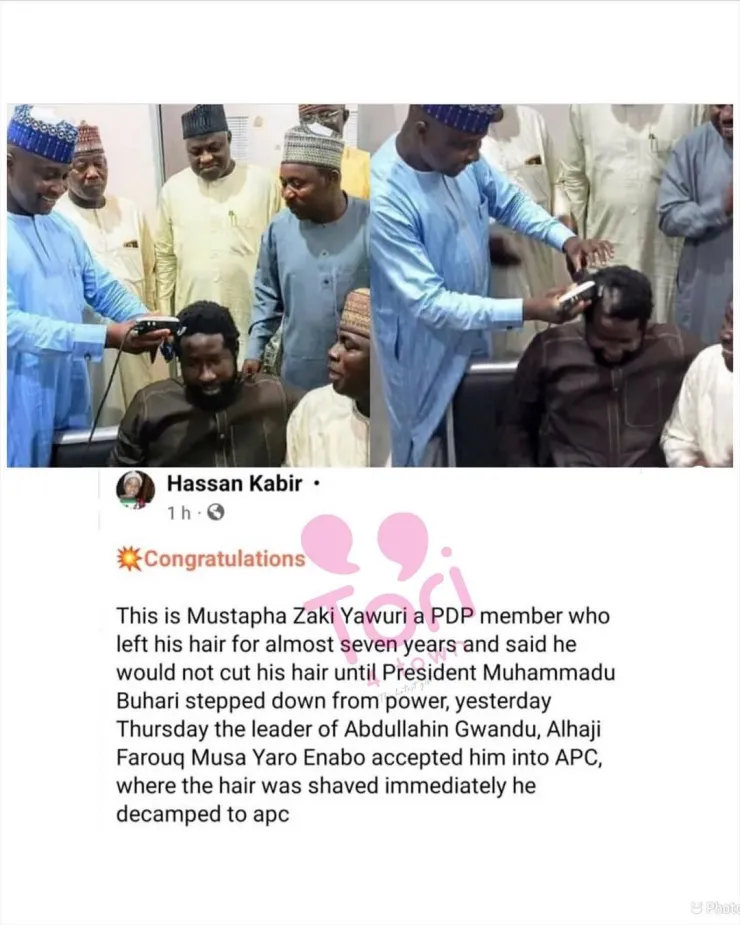