A Nigerian man has shown off two of his international passports which expired without him having a chance to use any of them. 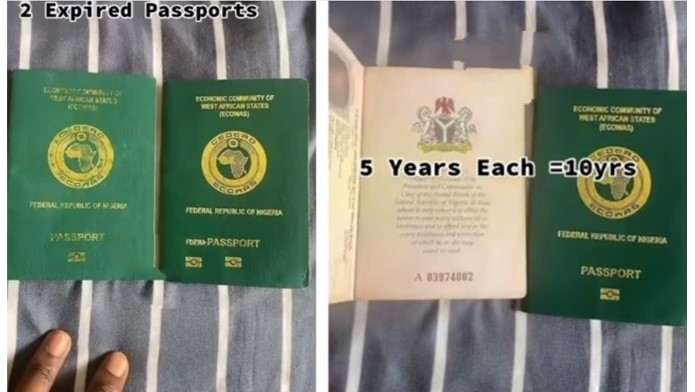 He revealed that they both have five year validity and he has two now because after the first one expired, he applied for another which has also expired.

So for a cumulative of 10 years, he had Nigerian passports which he never used to fly out of the country for once.

In a video he shared on social media, the guy said he was on his way to get the third passport despite the previous ones not having any border stamps.