A video which has gone viral on social media shows the moment a Ghanaian police officer got into a bicker with a Chief Superintendent of Police. 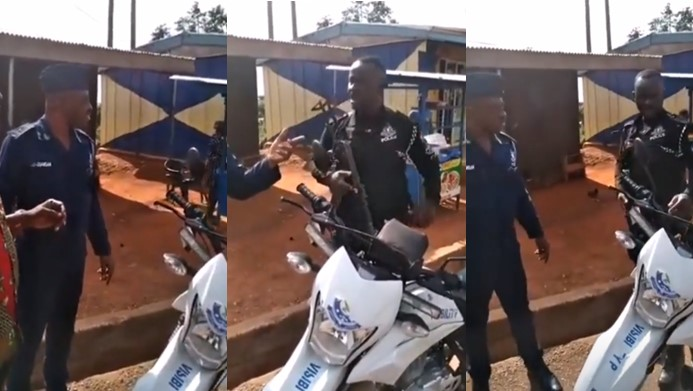 The police officer queried him for carrying out stop and search in an area where officers are not meant to be stationed.

He pointed to a direction which has been designated as a spot for a roadblock to be set up. However, the junior officer claimed to be acting as duly assigned from Ghanaâs Formed Police Units, (FPU).

The senior police officer asked him for his service number, but the declined and told the CSP to meet him at the FPU office.

There were other policemen present while the back and forth was taking place, so the CSP chided them for watching in silence as the junior officer disrespected him.