A Nigerian lady has been captured on tape lamenting over the hassles of living and working in Europe as immigrants. 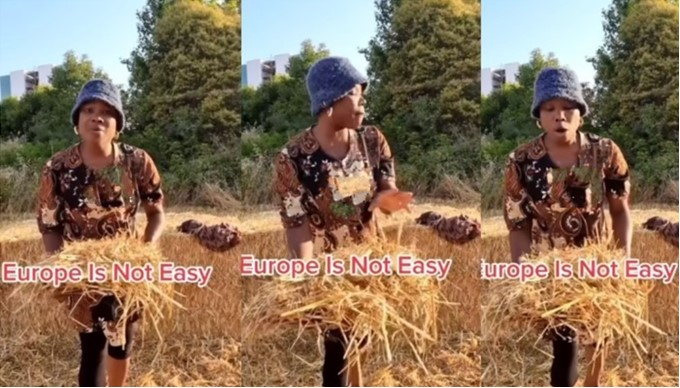 She said that being in any European country is not as blissful as many people back in Nigeria may have been led to believe.

The young woman showed off what she does for a living and explained that it is what puts food on her table.

She could be seen packing hay with her hands which she said would eventually be carried to another location by a machine.

According to her, âEurope no easyâ and if she were in Africa she would probably not be doing that type of job.

She emphasised the need for persons like herself who are in Europe, to tell their countrymen that the continent is not hassle-free.