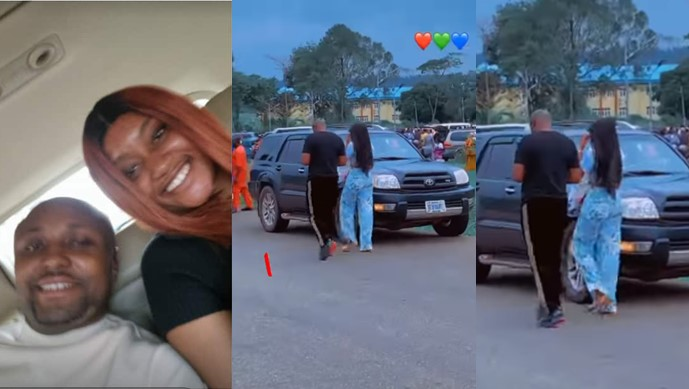 The reason it is a topic of discussion on social media is because he got engaged two months ago and did introductory rites with his fiancÃ©e not long after.

Israel showed up on campus to apparently take the girl out and some students who spotted him decided to capture the moment on tape.

He proposed to his lover at exclusive Protea Hotel in Benin City on April 4, 2022, and shared a video as well as photos from the proposal.

ââAnd she said Yesâ, he captioned a photo of the lady displaying the engagement ring.

A fresh video posted online shows him walking with the mystery girl while having a chat. A guy in the background could be heard calling his name repeatedly.

In reaction Instagram user, surestdiva said; Wetin you expect when Davido be him mentor

charming._caramel; Heâs married but him and his wife are not in a serious relationship