Nigerian comedian and skit-maker, Oluwadolarz mother has caused a frenzy on social media after she released a rap freestyle. 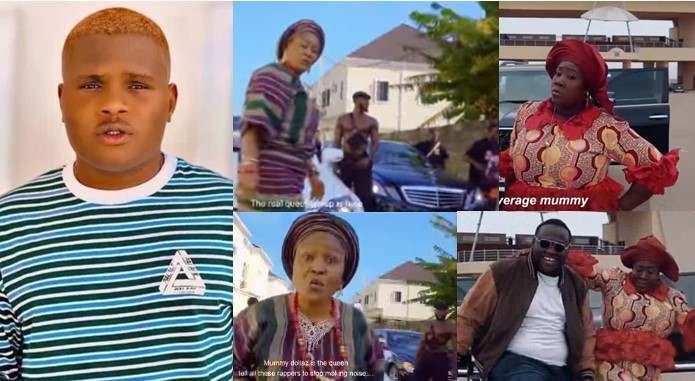 The woman popularly known as Mummy Dolarz embraced her new role as a rapper and decided to respond to Ghanaian rap mama, Big Ivy who went viral months ago after she was seen in a music video.

Big Ivy had featured on her son, CJ Biggermanâs song where she declared that there is no one who can challenge her because she is the best.

However, in a music video shoot for Oluwadolarzâ mumâs diss track, she bragged about being the real queen of rap.

Sharing the clip on her IG page, Mummy dolarz wrote; âYâall asked for it 😊 @mummydolarzâ