Buzzing Nigerian recording acts, Omah Lay and Victony have finally have linked up after the twitter drama that ensued between them recently. 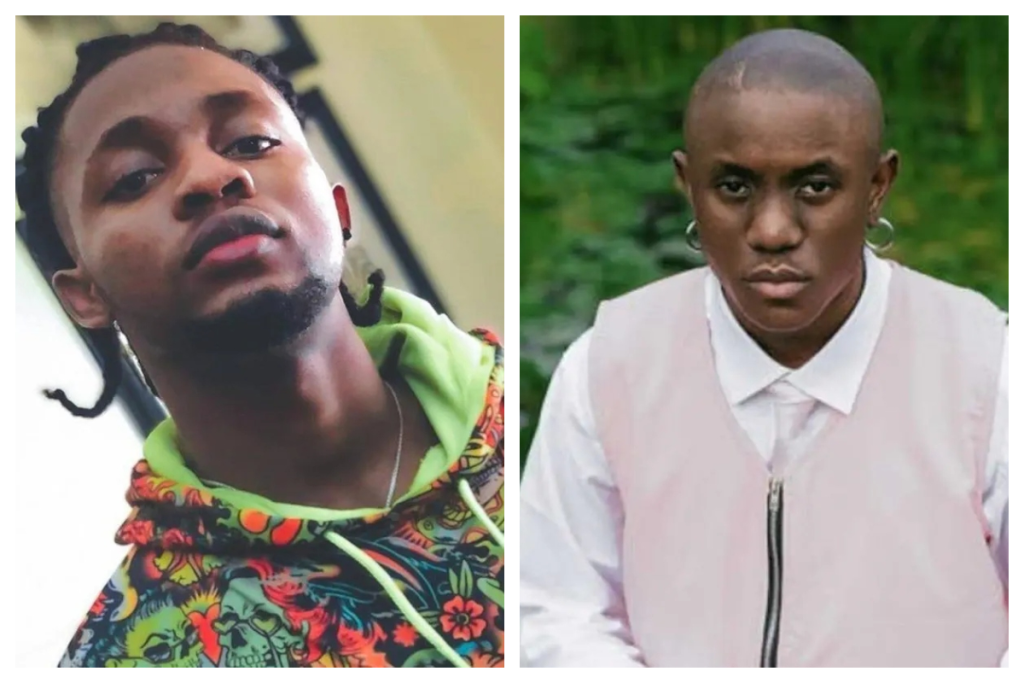 You would recall that, Victony and Ruger on Friday, July 15 were called by Omah Lay during a Twitter clash between Ruger and BNXN. It all started when Ruger replied to a fan saying BNXN was better than him.

Ruger in a reply to the fanâs tweet stated that thereâs no way BNXN was better than him since he (BNXN) doesnât have any hit song except featured songs, but he (Ruger) has hits songs which are solo.

Omah Lay took shots at Ruger and Victony, calling them kids in a tweet.

He wrote: âRuger get mind dey talk about bnxn like that for this app smh!! mofos do anything for clout out here, same way Victony lol my tweet the other time, yâall are really kidsâ. Screenshot below. 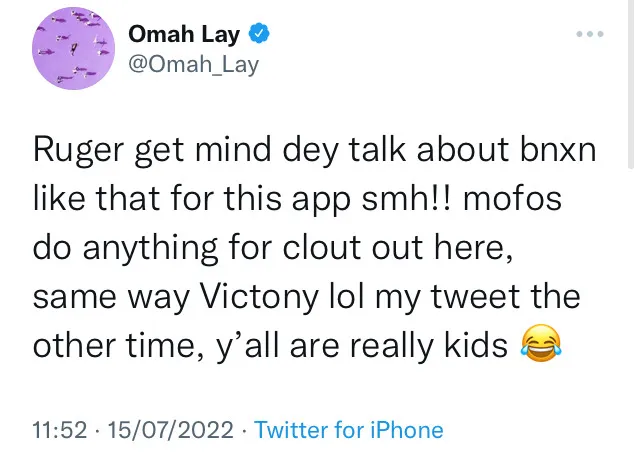 However, on Wednesday evening, a new video of Omah Lay and Victony has surfaced online. The two Afrobeats youngsters were seen talking and laughing at each other and didnât seem like they had a fight recently.

Tinubu finally opens up on why he chose Shettima, refuses to back down