A young Nigerian lady has been arrested for being dubious after she paid for drinks with a fake transfer at a nightclub. 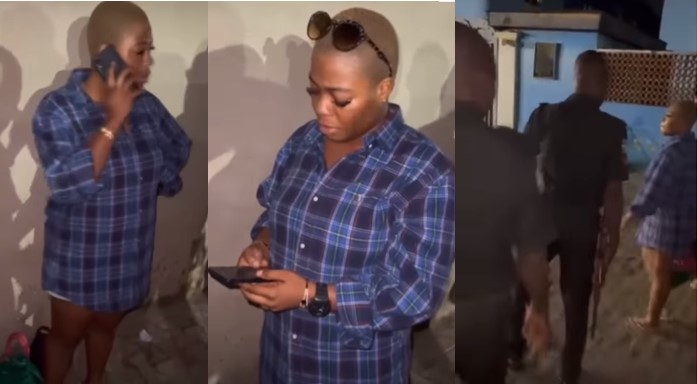 It was gathered that she ordered drinks worth N420,000 and paid the waitress with a fake alert but she was later apprehended.

Police was invited to arrest the alleged big girl after she was nabbed and interrogated by a group of persons.

A video circulating online shows when she was paraded and embarrassed for not having money to pay after ordering 7 bottles of expensive drinks.

Another part of the footage shows when police officers arrived to take her to the station. A lady who filmed the encounter expressed hope that her lawyer would secure 5 years jail term for the suspect.

Lecturer resorts to hawking potatoes to survive in Uyo