Seven suspected members of Eiye confraternity cult group have been arrested during initiation by the police in Ekiti. 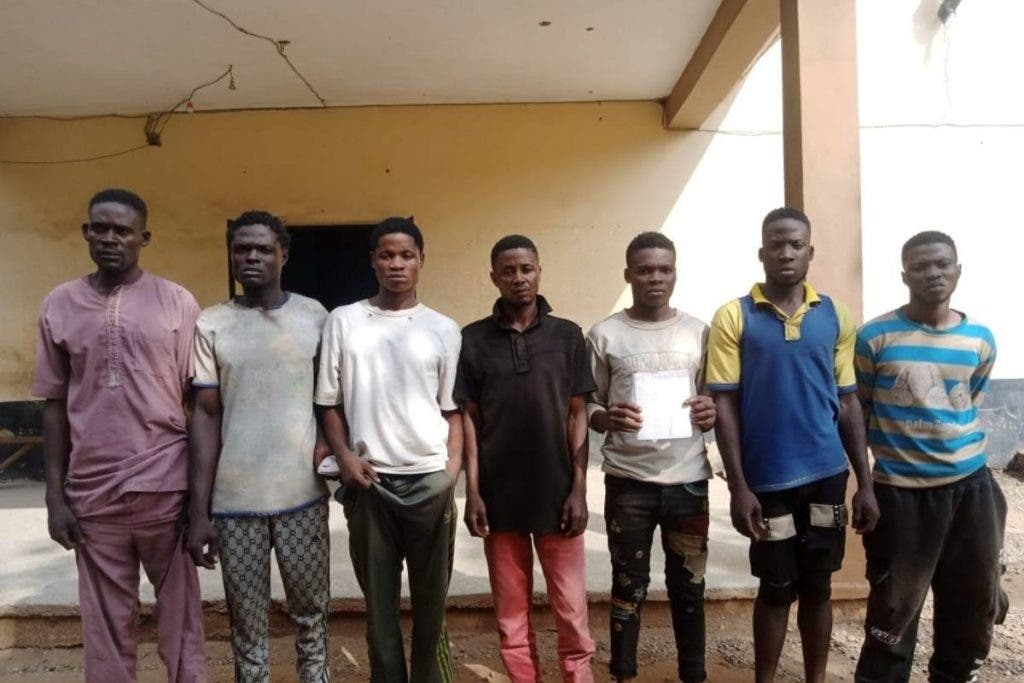 Spokesperson of the command, DSP Abutu Sunday, who disclosed this in a statement on Sunday, July 24, said the suspects were arrested by operatives of the Anti-Cultism Unit in collaboration with Vigilante Group of Nigeria, Omuo-Ekiti Unit, on July 17, at about 7pm.

“The suspects were arrested around Broni-Broni Quarry construction site in Omuo-Ekiti where they were having their meeting and initiation of new members,” the statement read.

“The suspects were arrested with some wraps of weeds suspected to be Indian hemp including their registration notebook that contains their names and ranks such as *Coordinator, N.G1 to N.G5, Flight Commander 1 to Flight Commander 7, Eagle 1 to Eagle 8, Government, Mopol 33, amongst others

“The suspects will be arraigned accordingly while an effort is in progress to arrest other fleeing suspects.” the statement added.