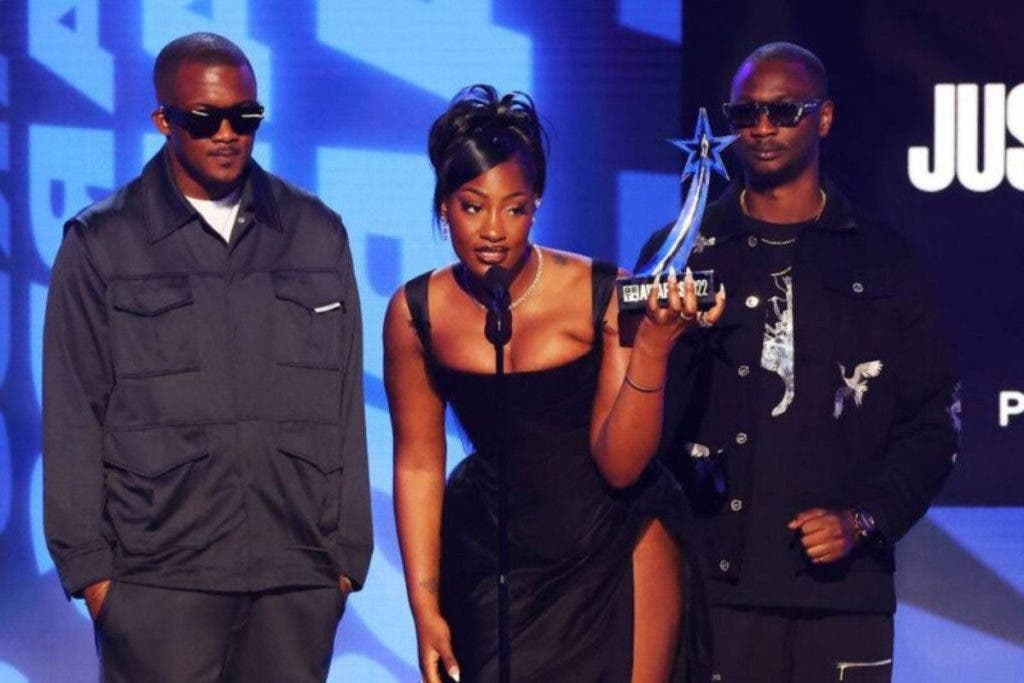 The singer and songwriter beat Fireboy, Dave from the UK, Dinos from France, Fally Ipupa from Congo, Little Simz from the UK, Ludmilla from Brazil, Major League Djz from South Africa, and Tayc from France to win the award.

Receiving the award, Tems dedicated the award to every single woman who may not believe they could chase their dreams.