Two secondary school students, Naima Hussaini and Righteous Samuel, have demonstrated honesty that earned them praises and calls for support. 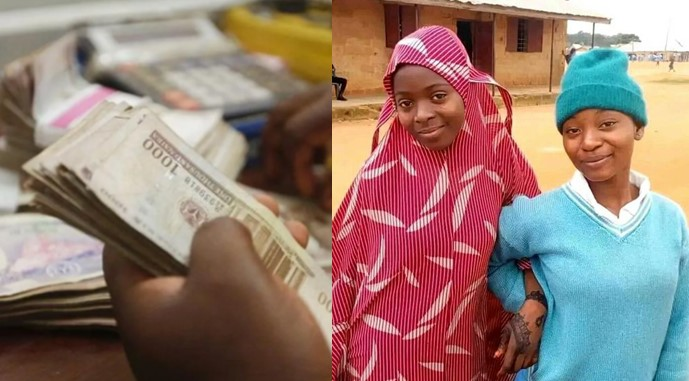 The girls who are in JSS 3 at GSS Bukur, Jos, found N250k while going about their regular activities and decided to return the cash to the school authorities.

A Facebook user known as Sibin Girum Benjamin shared the story on his page and said the girls deserve to be rewarded.

He shared a photo of the duo who happen to be friends of different faith, with Naima being a Muslim and Righteous, a Christian.

This are the kind of people government, NGOs and politicians should award scholarship to.â 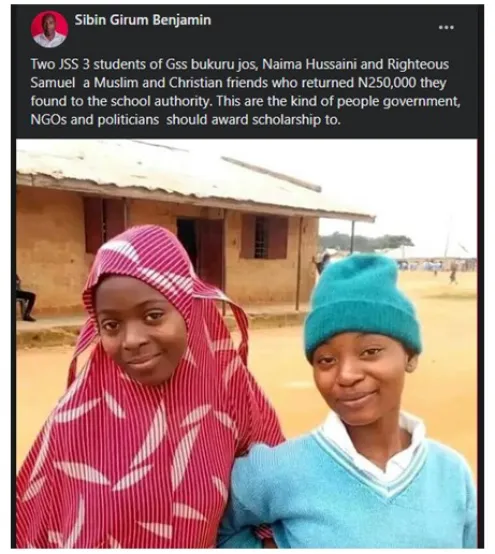 My song blew but I did not blow - Rapper, Laycon