Ukraine on Tuesday launched its new football season despite Russiaâs ongoing invasion, in an apparent attempt to give a morale boost to the war-ravaged nation. 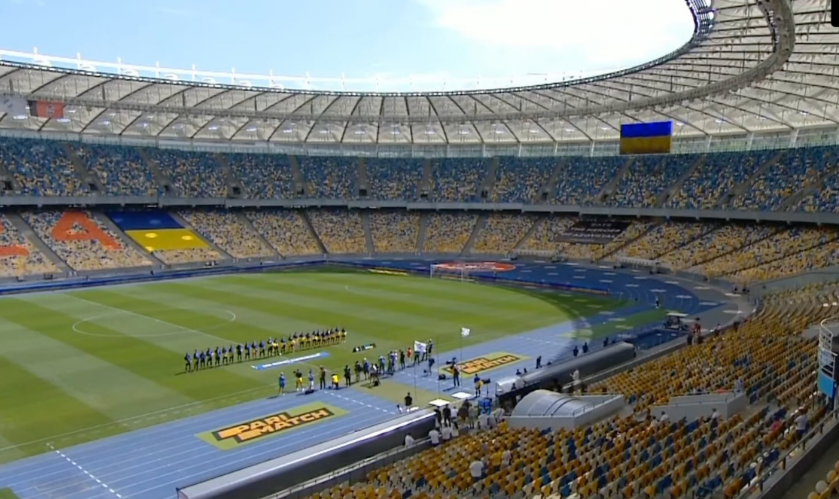 In the first match of the Ukrainian Premier League, Shakhtar Donetsk drew 0-0 with Metalist 1925 from Kharkiv at the Olympiysky stadium in Kyiv.

In an emotional pre-match ceremony, the players of both teams and the referees entered the pitch wrapped in Ukrainian flags and unfurled a banner that read âWe are of the same courage.â

In addition, Metalist 1925 played the match wearing T-shirts with the emblem of the Ukraineâs Armed Forces instead of the traditional sponsor logo.

After a minute of silence in memory of the Ukrainians who died as a result of the Russian invasion, the first symbolic kick of the ball was made by a Ukrainian soldier.

Matches will be held without spectators due to security reasons.

But passers-by outside the stadium in Kyiv voiced their support.

Maksym Scherbyna, a fan of Dynamo Kyiv, said the resumption of football was âvery importantâ.