A Nigerian woman identified as Blessing Newton Abahi, who became a viral sensation due to a soundtrack of her narrating her marital woes has witnessed a positive turnaround in her life. 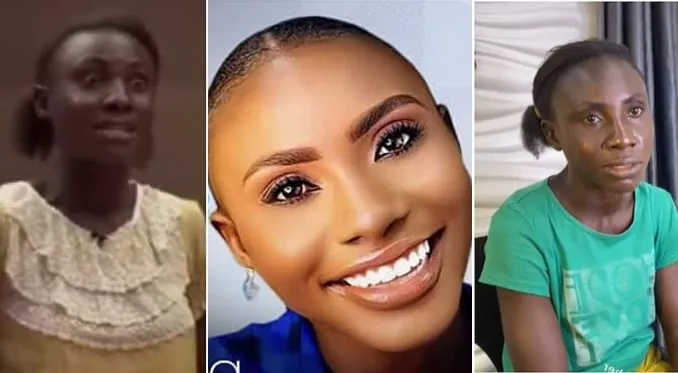 The woman became popular after her phrase, Bunch of women started being used as a soundtrack on video-sharing platform, TikTok.

She has now launched her own store after kindhearted people took pity on her situation and donated towards giving her a new lease of life.

Blessingâs viral situation was one that was initially heartbreaking because it involved her narrating in a courtroom how she caught her husband cheating with different women.

In a recent video she posted on social media, the woman showed off her new store and expressed gratitude for all the support sheâs been getting.

She announced that she is currently into the production of liquid soap, toilet wash and some other chemicals.

She also shared a photo of her glow-up on TikTok and people gushed over her beauty.

Blessing said; âMy people I thank una very much for wetin una don do for me. This time around bunch of women don start bunch of business. E don shele. I dey produce liquid soap, toilet wash. I can make like 25 products on my ownâ.

I have all types of needed chemicals and the following varieties in stock , I also sell in large quantities and wholesale and I also offer training on how to make them on those who will be interested, please do well to patronize many of one of my little gainful endeavors ðâ¥ï¸ Liquid soap Izal Dettol Insecticide Toilet wash Bathing soap Rat killers Bed bugs killers After shave powder #blessingbunchofwomen #bunchofbusiness #bunchofwomen #8womensurroundedinmyroom #thistimearoundwasbunchofwomen #bunchofblessings #nigeriawomen #fyp #love #family