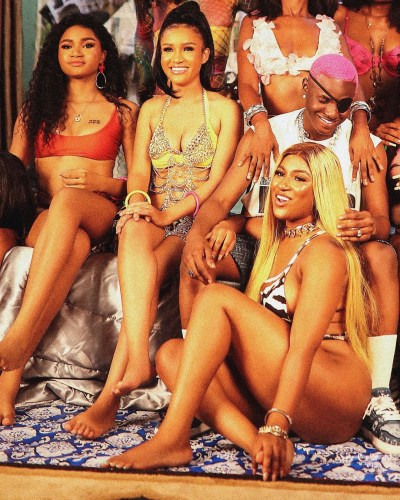 Jonzing World star, Ruger Goes Hard Again On This New Track Titled âGIRLFRIENDâ Which Is Off The Second Wave Deluxe EP. âShe said she know me get a Girlfriend, And so what?âÂ are the words ofÂ RugerÂ as he sings about flirting with all the girls in the world with distinct wordplay.

âGirlfriendâ is an Afro-Reggae-Dancehall tune produced byÂ KukBeatz. The track is taken from Ruger’s Second Wave EP, The deluxe version.

On The Second Wave EP, Ruger reasserts his hit-making credentials. His ongoing partnership with veteran producer KukBeat is once again on full display here, sticking with the formula that delivered âBounceâ. The EPâs highlight and twilight is âDiorâ, where the infectious percussive underlay becomes a neat canvas for Rugerâs distinct wordplay and self-assuredness.

The Second Wave proves that despite his relatively short time in the music industry, Ruger, named for the rugged pistol, is not given to shooting blanks; the deluxe edition adds extra ammo with âGirlfriendâ, âWeWeâ and âWarningâ.

Girlfriend Video was shot in Lagos, Boy Director did a wonderful job bringing Mile 2 to a beach so Ruger can continue with his premium fun. Watch!